In 2021, the EPV Heat business area invested in a new electric boiler in Vaasa and an electric boiler and district heat accumulator in Seinäjoki. These are important components of the clean heat production system of the future and an essential part of EPV’s sector coupling capacity with the ability to regulate up or down. Thanks to the Vaskiluoto thermal energy storage (TES) facility, which had its first year of full operation, it was possible to provide the owners with more cost-effective electricity. 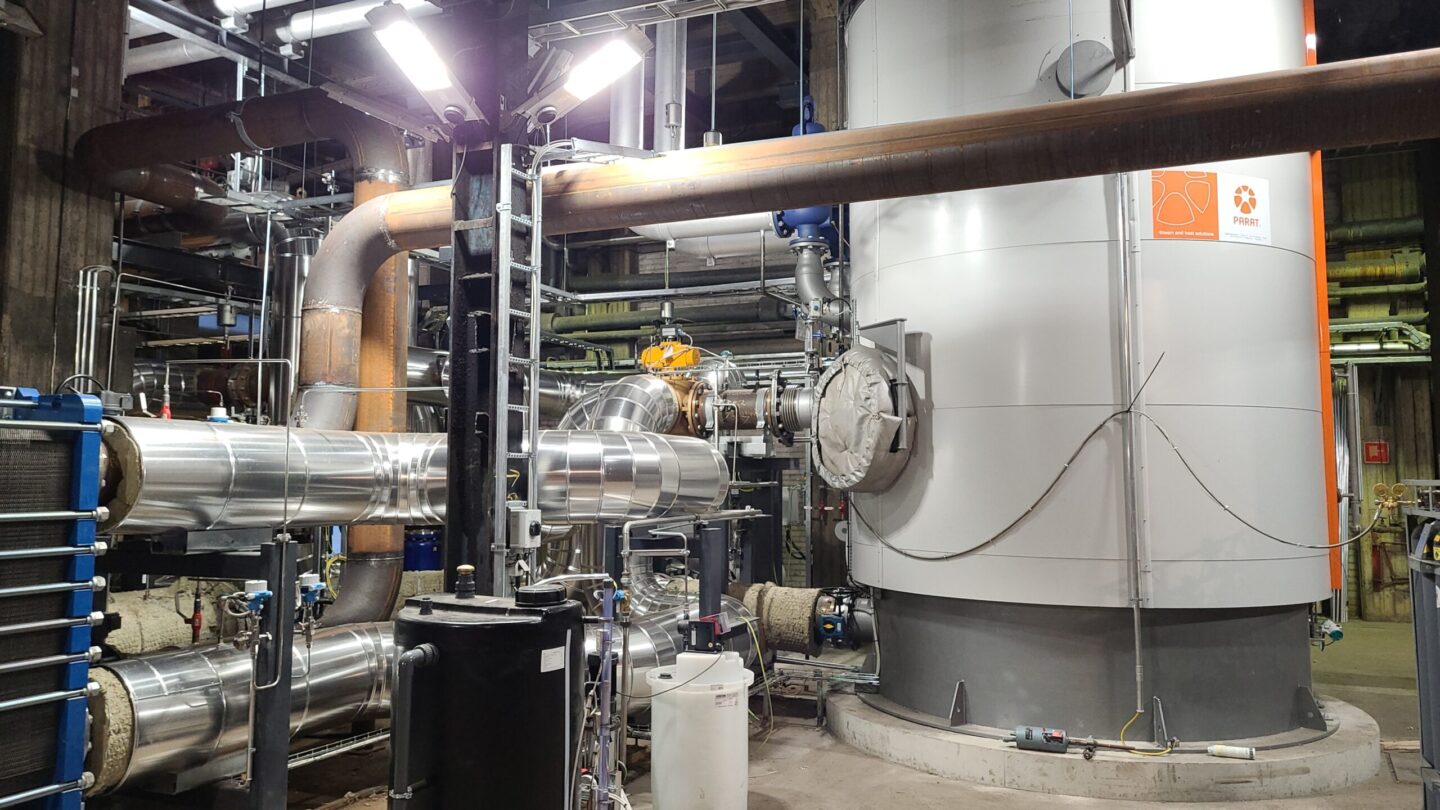 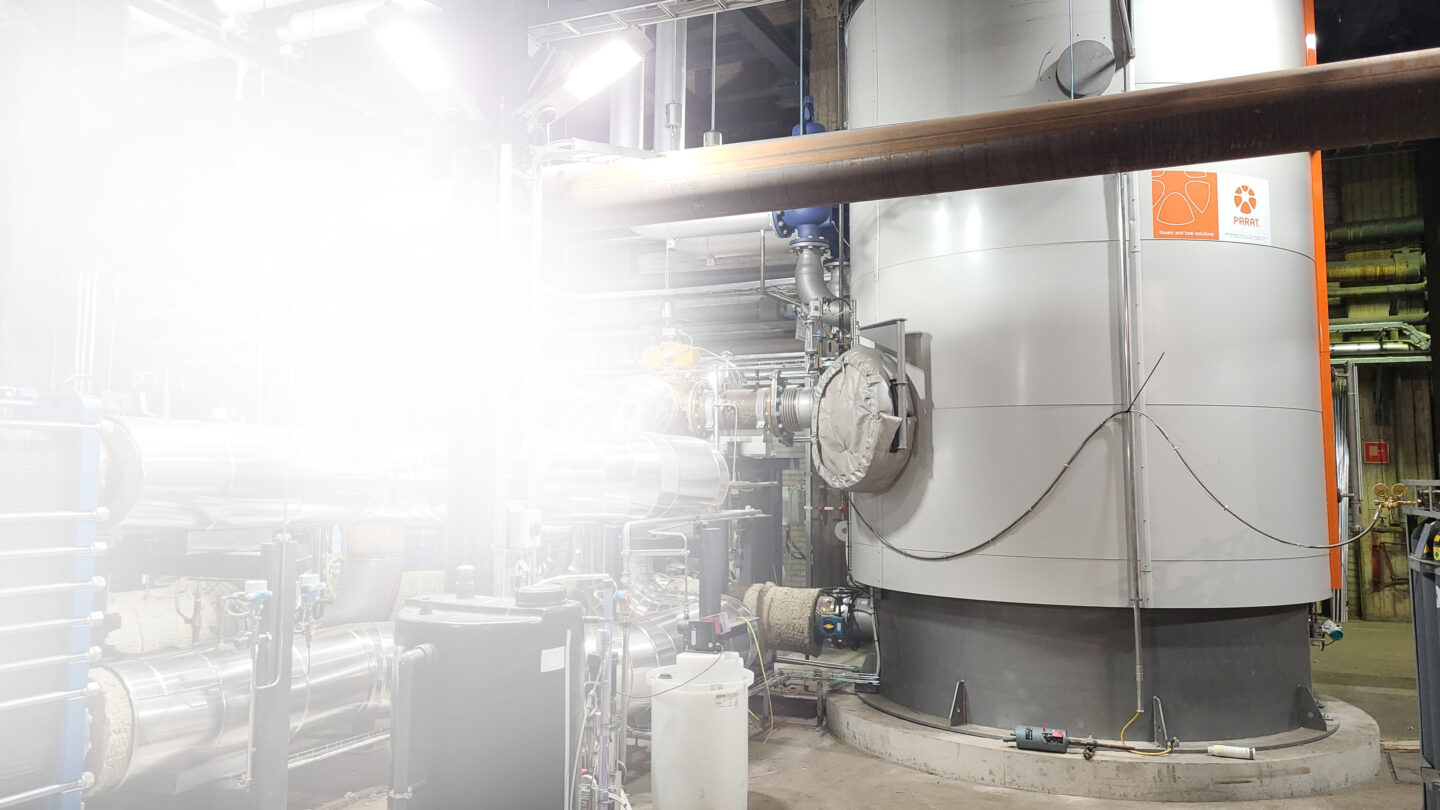 EPV Heat produces electricity and heat in its CHP plants in Vaasa, Seinäjoki, Tornio and Raahe. In addition, it produces peat and acquires wood-based fuels for the production of electricity and district heating in the Seinäjoki and Vaasa regions. 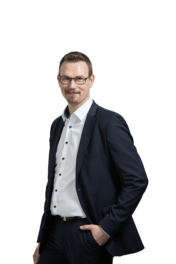 Mats Söderlund, Vice President of EPV Heat: "Whoever has the most flexibility will do best in this market."

The role of such investments will become increasingly important as EPV’s energy portfolio shifts towards carbon neutrality and the use of renewable weather-dependent energy increases.

“Investing in electric boilers and a thermal battery will make EPV’s energy system even more flexible, as the production volumes of renewable energy cannot be fully predicted. For example, electric boilers add flexibility and create a base load when wind power generation volumes are high. Whoever has the most flexibility will do best in this market,” says Mats Söderlund, Vice President of EPV Heat.

EPV also set up a dedicated technology team around electrified heat generation and heat storage, which is doing important background work for new investments. The team has studied a range of technologies, including the simulation of a massive pit thermal energy storage (PTES) facility as part of the energy portfolio of the future.

“An electric boiler is like a large kettle that allows us to produce heat with electricity without emissions. The boiler will also support the adjustment possibilities of the electricity system as renewable energy production increases. With the help of an energy storage system, heat can be produced by an electric boiler when production from weather-dependent systems is high, and heat can be consumed when it is needed,” says Söderlund.

In June, another investment decision was made to build a 40 MW electric boiler and a district heating battery at the Seinäjoki power plant. The battery has a volume of 10,000 m3 and can store up to 400 MWh of energy. The investment will be carried out at Seinäjoen Voima and, like the Vaskiluoto power plant, the Seinäjoki power plant site provides an excellent operating infrastructure for the project. The project was launched soon after the investment decision and now construction is in full swing.

“This heat production combination provides excellent support for the needs of the energy system of the future that involves different industrial sectors. This investment will enable a regional reduction of around 50,000 tonnes of CO2 emissions,” Söderlund explains.

During the past year, preparations were made, for example by reducing fuel stocks, for the transfer of the Vaskiluoto power plant to Vaasan Voima Oy, a subsidiary wholly owned by EPV. The new ownership arrangement was agreed with Pohjolan Voima in the spring of 2019 and it will enter into force at the beginning of 2023.

“With the TES facility, we were able to produce electricity more cost-effectively for the owners,” says Söderlund.

The close energy cooperation between Tornion Voima and Outokumpu continued in 2021. Cooperation on energy efficiency was extended by making an investment decision to build a heat recovery system at Outokumpu’s cold rolling mill.

“The plan is to build heat recovery steam generators to recover waste heat. This heat will be used to provide regional district heating and heat for the Outokumpu factory site,” Söderlund adds.

A plan for emission-free production was also drawn up for Tornion Voima. The plan looks at what strategic changes should be made to enable the company to move to zero-emission production. The fuel currently used is industrial gas, biomass and peat. The new plan focuses in particular on measures that could help to phase out the use of peat.

In October, the Tornion Voima power plant suffered mechanical damage to a turbine bearing bracket. When the turbine was opened, wear on the casting was also found in the inner journal. Damage repairs began immediately in October and, as a result, the power plant was disconnected from the grid for eight weeks between October and December. The damage to the inner journal was temporarily repaired, and the turbine is scheduled to undergo an overhaul of the bearing in 2023.

Raahen Voima’s power plant had its best ever operating year

Raahen Voima’s power plant had the best operating year in its history and has operated very reliably throughout the year. The power plant also set a record for electricity production in 2021 at just over 800 GWh.

As the production of milled fuel peat decreased and the focus areas of the business changed, a new name for EPV Bioturve was considered necessary. A decision was made to change the name to EPV Aluevarannot Oy, with the change taking effect at the beginning of 2022.

Historically high use of forest-based by-products in heat production

In 2021, EPV once again increased the amount of forest-based by-products, such as sawdust, used in heat production in Seinäjoki and Tornio. As a result, over the year, the volume of such by-products used reached its highest level in EPV’s history.

“The sawn timber market boomed in 2021, and forest-based by-products have been widely available,” says Söderlund.

As the sawn timber market has grown, EPV’s subsidiary EPM Metsä Oy’s procurement volumes have been high and its finances have developed well.

EPV Heat produces electricity and heat in its CHP plants in Vaasa, Seinäjoki, Tornio and Raahe. In addition, it produces peat and acquires wood-based fuels for the production of electricity and district heating in the Seinäjoki and Vaasa regions.

Mats Söderlund, Vice President of EPV Heat: "Whoever has the most flexibility will do best in this market."

EPV's share 25%
Generates heat and electricity at the SSAB industrial site in Raahe and sells a share of the heat generated to Raahen Energia.
Visit the company’s website Raahen Voima Oy

EPV's share 100%
Generates heat and electricity at the Outokumpu industrial site in Tornio and sells a share of the heat generated to Tornion Energia.
Visit the company’s website Tornion Voima Oy