It has been a busy year for EPV Energy Management. The Paskoonharju wind farm expansion in Teuva and the electric boiler in Vaskiluoto were connected to EPV’s energy system. Other major projects were also on the drawing board, such as the acquisition of the Group’s SCADA system. Towards the end of the year, EPV switched to a model of one balance to help match production and consumption in the midst of the zero-emission power generation revolution. 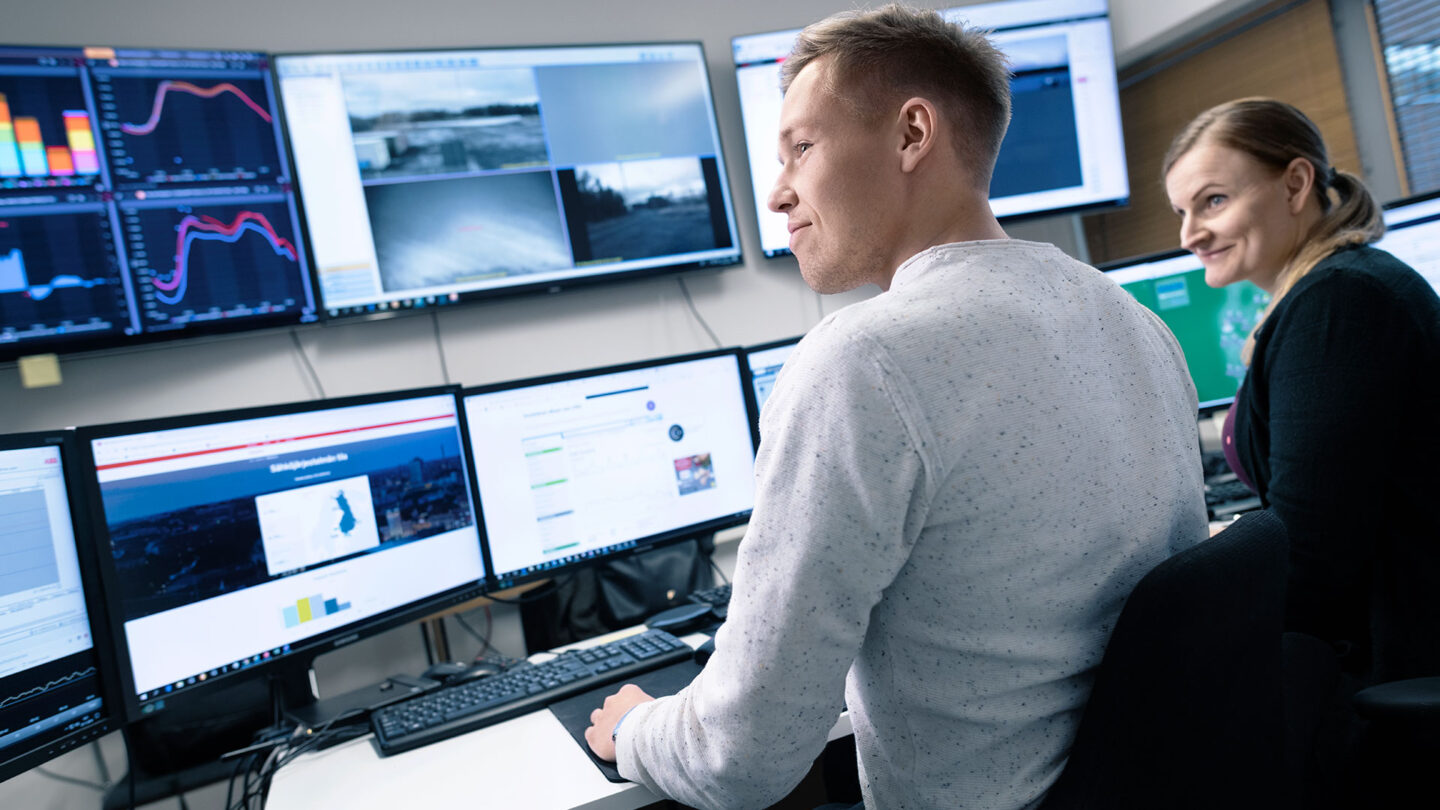 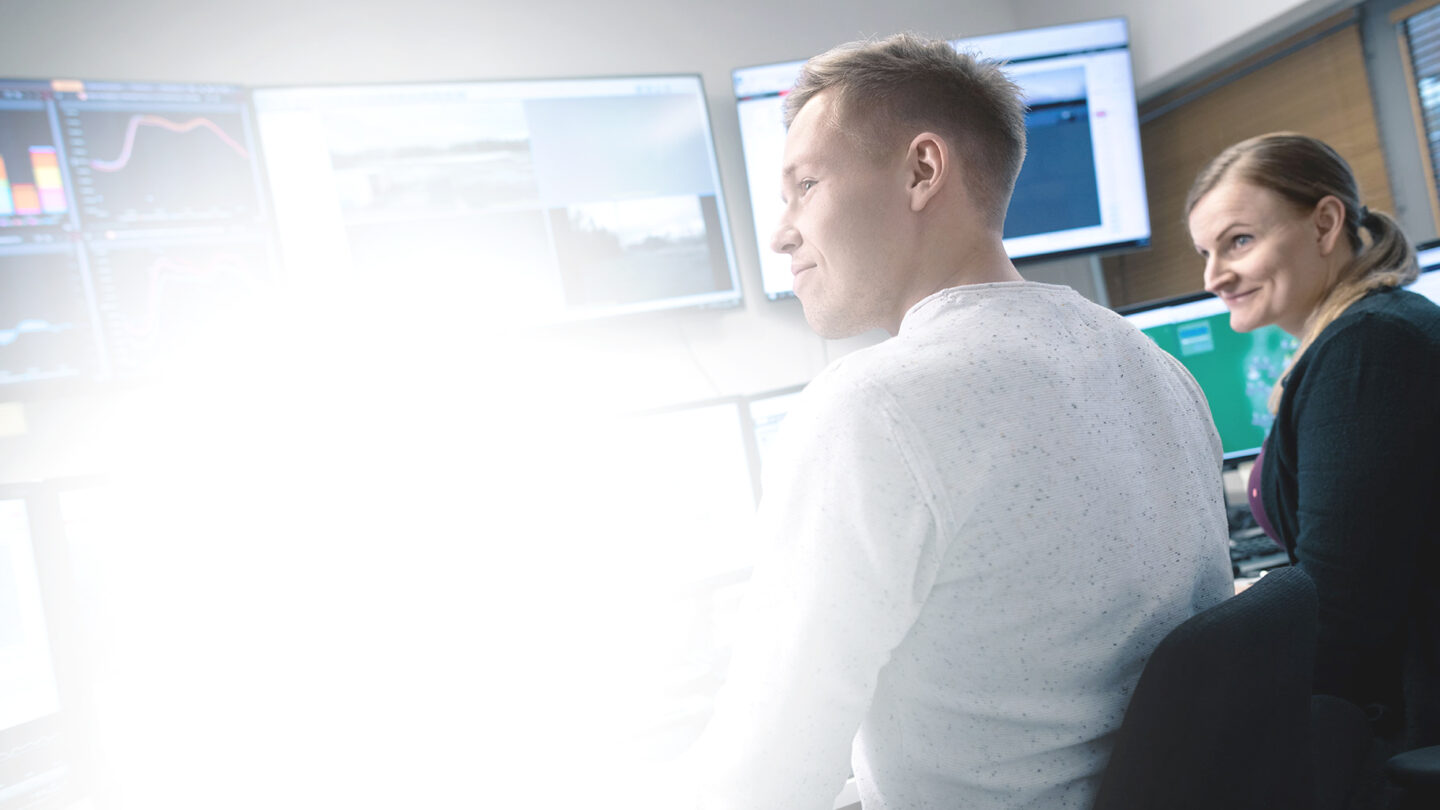 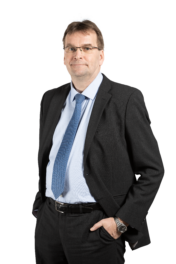 Reima Neva, Vice President of EPV Energy Management: "As we move towards the 15-minute imbalance settlement period, requirements for swift action will increase across our operations."

Energy Management is a significant part of EPV’s activities. The unit optimises electricity production and procurement and is involved in investment projects to ensure that the investment sites are connected to energy management. In projects under EPV’s New Electricity Revolution® strategy, connection interfaces will become more complex as we move towards more automated control processes.

“For example, in the case of boiler investments, participation in different frequency markets requires the ability to respond rapidly. As we move from hourly optimisation to the 15-minute imbalance settlement period in 2023, requirements for swift action will increase across our operations,” says Reima Neva, Vice President of EPV Energy Management.

In 2021, the expansion of the Paskoonharju wind farm in Teuva was integrated into the balance management of the Operations Centre. In addition, the Vaskiluoto boiler, put into operation in December, was connected to EPV’s energy management system.

The electric boiler acquired for Vaskiluoto is like a large kettle that allows EPV to produce heat with electricity. This boiler is included in the OL3 system protection for Olkiluoto 3. In the event of an OL3 plant failure, the Vaasa boiler can be quickly switched off, reducing the load on the entire Finnish electrical grid. At times when the boiler is not reserved for system protection, it can be used as a flexible element in the optimisation of district heating production in Vaasa. The optimisation calculates the extent to which it is worthwhile at any given time to use the electric boiler to replace other heat production at the power plants as a heat source, and in which situations it is worthwhile to produce heat in Vaskiluoto’s thermal energy storage facility for use later.

The Operations Centre and optimisation algorithms control the Vaskiluoto electric boiler, making sure its features are always put to maximal use. Because the optimisation of heat production in Vaasa also involves a considerably large thermal energy storage (TES) facility, market prices need to be forecast even a couple of weeks ahead so that the TES facility can be charged and discharged at the right time.

Such forecasts involve great uncertainties and, at the same time, the opportunities that arise during the day in hourly markets and, in the future, 15-minute markets must be taken into account.

“In short, the results obtained by optimisation algorithms must be critically evaluated on an ongoing basis. For this reason, the staff of the Operations Centre play a key role in analysing the results. However, with the energy revolution and sector integration, the actual calculation is more and more becoming a task for advanced algorithms,” Neva explains.

Projects on the drawing board were taken forward

In 2021, the Energy Management unit was also closely involved in projects that are still at the planning stage.

“We assisted in planning the commissioning of the electric battery at the Teuva wind farm and the district heating battery and electric boiler at the Seinäjoki power plant site. Energy Management has been tasked with figuring out how to connect them to the Operations Centre’s activities and with making sure that the connection interfaces in the supply contracts allow for the control options we want,” Neva says.

Energy Management has also participated in the preliminary study for the solar power plant planned in Heinineva, Lapua.

“We have been figuring out how the solar park could be linked to EPV’s balance management. Electricity production must be monitored and forecast hour by hour. Since sunshine is often difficult to predict precisely, we must find ways to manage deviations in the intraday market,” Neva explains.

A new balance model was adopted

At the beginning of November, EPV switched to the model of one balance required by electricity market regulation. This model will significantly facilitate and simplify the commercial balancing of electricity production and consumption when moving towards carbon-neutral electricity generation. It promotes the adoption of business models that would have been more complex to implement under the previous rules.

The transition to the new balance model is one of the biggest changes to the electricity market in the last decade. It will allow electricity market parties to make more efficient use of their various flexibility elements with regulation capabilities. Such elements include, for example, high electricity consumption sites and, for low consumers, electric heating.

“For example, lower-than-expected wind power production can be compensated for by simultaneously adjusting consumption to a lower level. In the previous model, the shortfall in production had to be compensated for by increasing other production. In the long term, this will also allow the balancing possibilities of electricity end-users to be linked to the balancing of green power generation. While, in the past, production was adapted to changes in consumption, in the future, consumption will be adapted more to unforeseen changes in production,” Neva says.

Preparations were made for the introduction of a SCADA system

EPV decided to acquire its own SCADA (Supervisory Control and Data Acquisition) system, which perfectly supports EPV’s New Electricity Revolution® strategy. The system is used, for example, to monitor and control electricity generation, transmission and distribution, as well as various industrial-scale electricity applications.

At EPV, the system will be used by the network companies and EPV Windpower in their own operations. SCADA control will be applied to EPV’s entire production, as well as to the new sites to be controlled under the new strategy. In the transition to the 15-minute imbalance settlement period, hourly control will be replaced by 15-minute control.

“SCADA will be the key element that transmits the control instructions of the energy management system and its optimisation calculations to the target site. The pace of activity is intensifying to such a degree that manual control will no longer be a fast enough way to operate in the future,” says Neva.

The implementation of the SCADA system is planned to be phased during 2023–24. Over the past year, we have prepared for the change, for example, by hiring new staff and putting tasks out to tender.

“Implementing the SCADA system is one of the ways in which we at Energy Management are preparing for the future. In addition to zero-emission energy production, EPV’s strategy focuses on expanding into new areas in which we will optimise not only electricity production but a more complex entity of both electricity and heat that includes flexible production and consumption management. For the future, it makes sense to have full control of the SCADA system and its development, due to several technical reasons,” Neva points out.

Energy is a strategic factor in society. Its crucial role makes it an attractive target for different types of actors. As in previous years, 2021 saw a continued trend of energy companies and their partners being targets of cyberattacks around the world.

In the current energy revolution, digitalisation is increasing, and systems and equipment are becoming increasingly integrated into larger and larger real-time entities. They are required to be extremely reliable. The role of small consumers as part of this system will also increase in the current decade, and electricity consumption will be integrated into the management of the electricity system.

“Cybersecurity is closely linked to all EPV’s operations and their development. It must be taken into account already at the design stage and maintained and developed during the operational phase. This is an indispensable and critical area of activity to which EPV has paid particular attention in 2021, as always,” says Neva.

Reima Neva, Vice President of EPV Energy Management: "As we move towards the 15-minute imbalance settlement period, requirements for swift action will increase across our operations."